From crayfish boils while camping in New Hampshire, to his Italian grandmother’s cheesecake, Chris Bonomo has fond memories of the foods from his childhood. Inspired by his wife’s breadth of knowledge and passion to have fun while cooking, Chris aims to one day become fearless in the kitchen without the use of recipes. Once a financial analyst and a graduate of Dartmouth College, he is now an avid home cook with an enthusiasm for Japanese cuisine. Beyond his position as The Civic Kitchen’s co-founder, he is also a co-founder of The Japanese Pantry, an importer, wholesaler & online retailer dedicated to bringing artisanal Japanese ingredients to cooks in North America.

Chris’ love for food grew exponentially after moving to San Francisco over twenty years ago. He finds joy in dishes that trigger memories and can transport him back in time. The breadth of his knowledge is from the teachings of his mother and father, along with taking plenty of cooking classes. His fondest memories in the kitchen are the times he spends cooking Sunday dinners with his wife and three children. He hopes to impart his family with life skills and a love of great food. Growing up with a mother who became an amazing cook later in life, Chris finds encouragement and comfort in the notion that mastering kitchen skills can be done by anyone.

An avid traveler, Bonomo finds excitement in experiencing other cultures. His interest in Japan began as a student in the 1980s and he has continued to learn more about the culture and its cuisine. Since his first visit to Japan in 2007, Chris has returned many times to take a deeper dive into the food, focusing his passion on the artisanal ingredients he discovers during his trips.

As The Civic Kitchen’s co-founder and lead instructor, Chef Jen Nurse’s passion is teaching home cooks the skills they need to gain confidence in their own kitchens. She finds gratification in seeing the excitement on students' faces when they realize they’re mastering something they had feared. Her mission is to remind students to take in the world around them, to treat others with civility, to learn about and respect each other’s cultures – all through the medium of shared food experiences.

After years as a prolific and curious home cook, Jen studied pastry arts at the Art Institute of Seattle. Upon graduation, she left her safe, 15-year telecommunications career behind to open an award-winning boutique bakery in Seattle. After relocating to San Francisco, Jen worked as a pastry chef and recipe developer before enrolling in Tante Marie’s professional culinary program to learn the savory side of cooking after years as a dessert aficionado. Shortly thereafter, she found her deepest love of cooking when she began to teach. 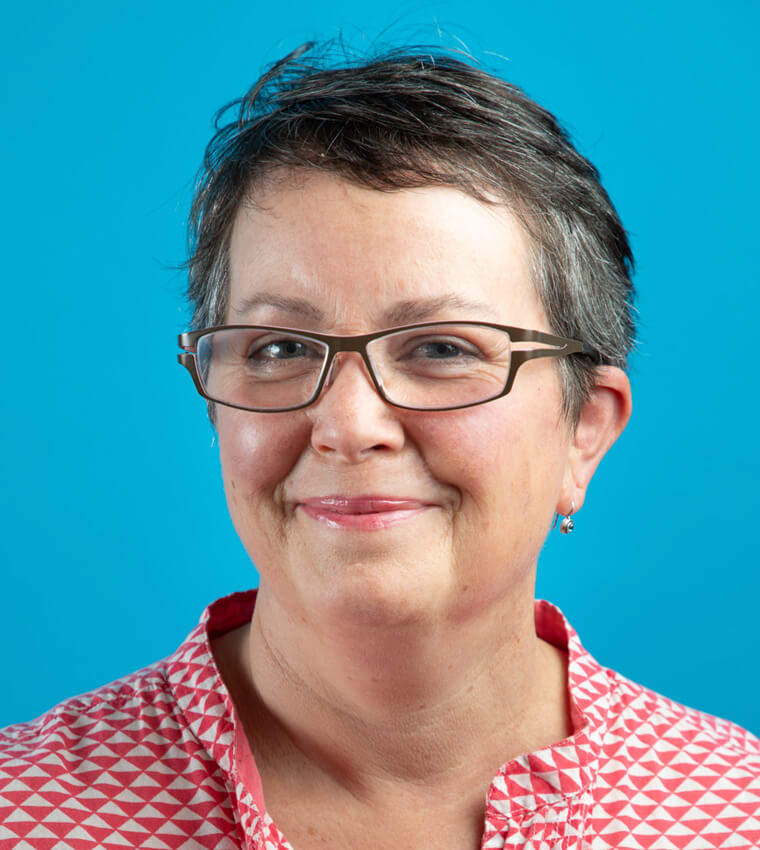 Carrie Sullivan’s upbringing didn’t really set her up for a culinary career (think canned soup casseroles and bottled salad dressings), but her exposure in college to organic farming led her to the wonderful world of delicious, fresh, and healthy foods. Her superpower is creating delectable dishes from whatever’s in the refrigerator, and she credits her formal culinary training at the New England Culinary Institute for instilling in her the knowledge and confidence to master that skill.

Carrie has worked in a variety of settings in the food world, including coordinating restaurants preparing meals on behalf of World Central Kitchen, running culinary programs and fundraising events for the Ferry Plaza Farmers Market, and managing catering for Bi-Rite Market.

Carrie relocated to San Francisco from the East Coast more than 25 years ago and has never looked back. She loves to travel and generally builds her itineraries around the food of the area, expanding her knowledge while developing an appreciation for other cultures. She hopes to explore more of Mexico and Central America in the near future, but she wouldn’t turn down an opportunity to travel almost anywhere that promises culinary adventure.

Sorry, we could not find that email address in our records
Login to Existing Account Create a new account
Close